For a pregnant lady to feel a new life growing inside her is altogether a different yet unexplainable feeling. Surely it is the most amazing experience that every woman at some stage would want to and may ideally be even experiencing. But surely to get that little one growing inside her to the existence is not an easy job. There are so many things that she has to go through in terms of physical and mental changes. For some women, pregnancy can be quite a hassle-free experience while for some women it can be a challenging one. Surely it may vary from each woman but many symptoms are more or less common. Surely some discomforts may be temporary but it doesn’t necessarily affect all women. 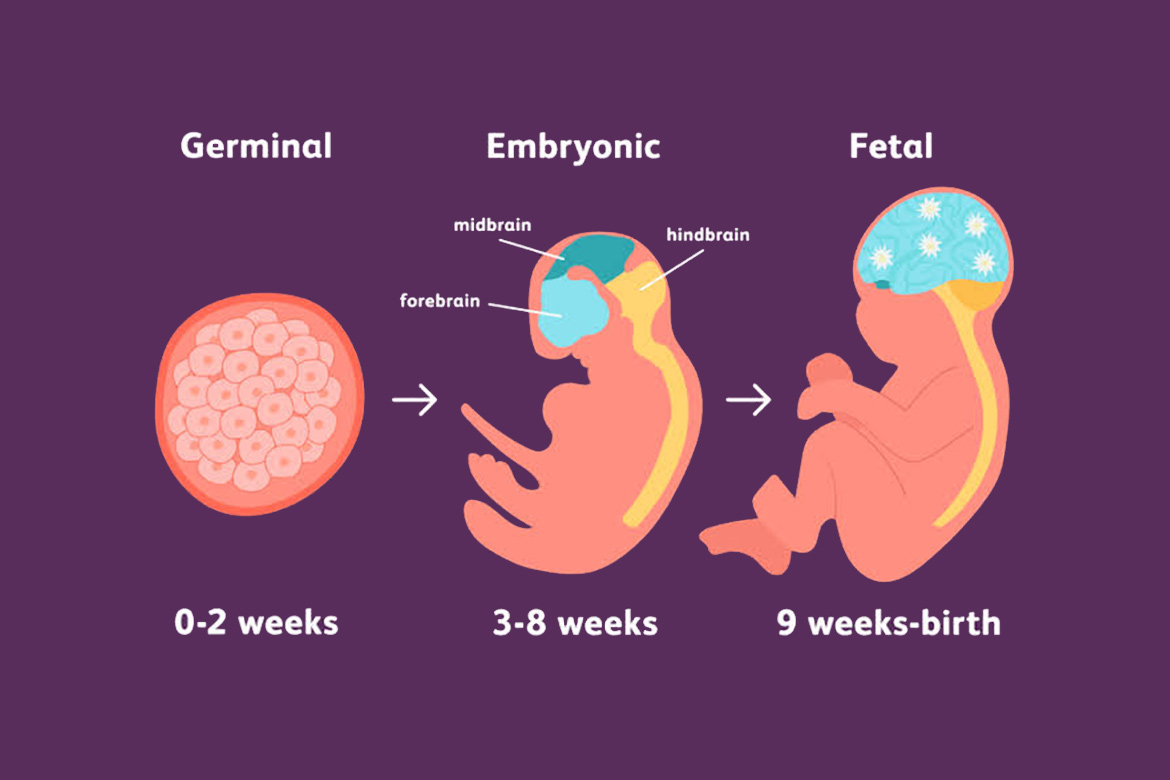 The journey of 9 months is surely not so small that a woman has to go through. Most of the pregnancy usually takes around 10 weeks which may count from the start of the woman’s last menstrual cycle which can be about 2 weeks before the conception usually starts. Basically in trimesters doctor categories the pregnancy. Each of these trimesters may last between 12 and 13 weeks in which a pregnant woman’s body goes through a lot of changes along with the developing fetus.

This article is going to cover following objects:-

1. The conception and implantation process. 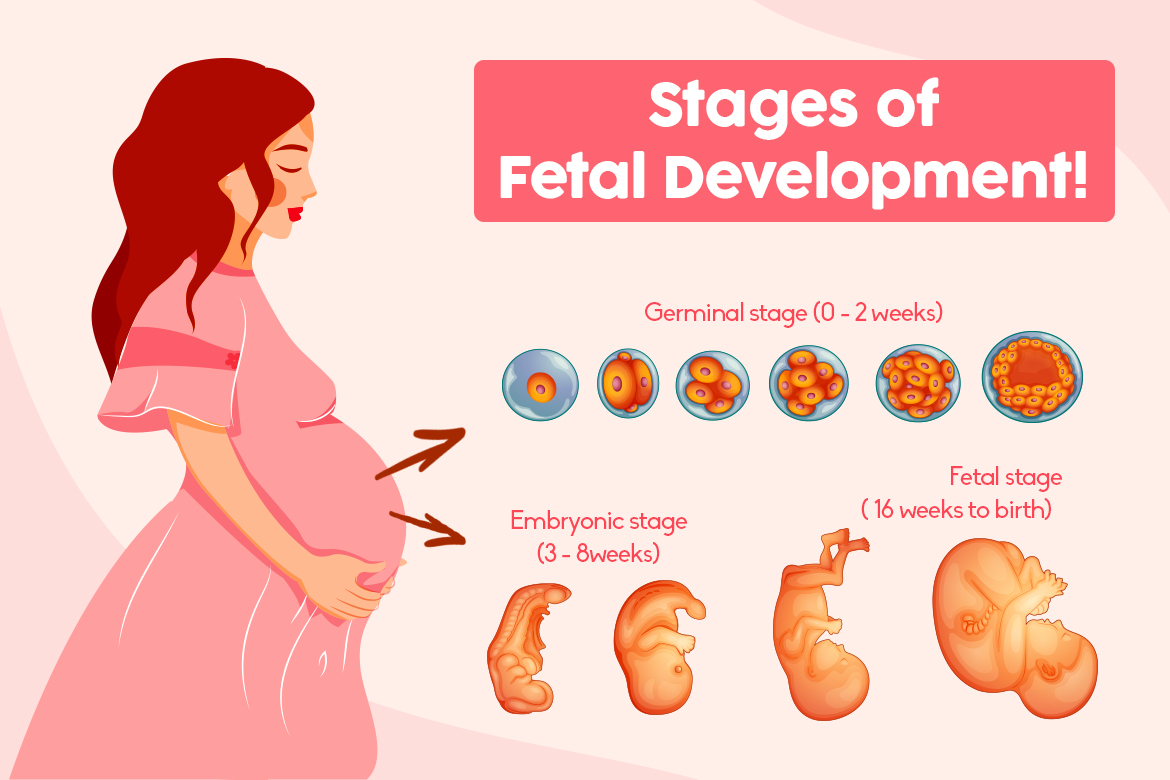 The Conception And Implantation Process:-

Soon after the two weeks when a woman gets her period, there is a time that she may ovulate and the ovaries would be releasing one mature egg. This egg may get fertilized for nearly 12 to 2 hours soon after it gets released since it travels from the tube called the fallopian tube towards the uterus. If the egg and sperm cell meets then there is a high possibility for it to make it through the fallopian tube which then combines into a single cell. This overall process is called the conception which often people also known by the name of fertilization.

Soon after fertilization the fetus sex gets determines. It usually depends on whether the egg gets an X chromosome or the Y chromosome from a sperm cell. If the Egg gets the X chromosome then it is a baby girl and if it is Y, the answer is quite clear. 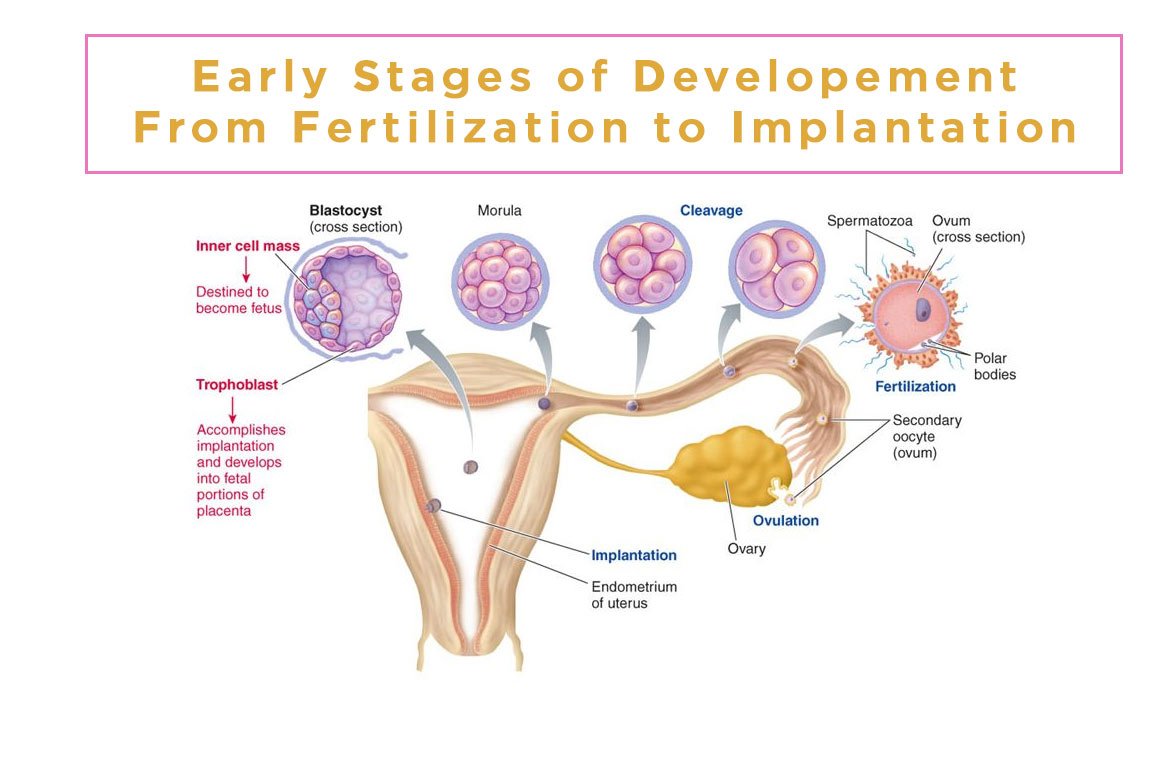 As per the research made by experts, they further state that nearly four days are needed for the fertilized egg to shit to the uterus lining. It is that process when it implants or attaches to the wall of the uterine. Soon after the implantation of the embryo occurs, the cell starts growing which usually becomes the fetus. The placenta is the tissue that starts transporting oxygen along with nutrition to the body from the mother’s blood to the fetus during the pregnancy stage.

Let us all have a closer look at the major stages that usually take place during fetal development. The process of such development usually is categorized into three main stages.

To start in short, after the beginning stage occurs soon after the first two weeks once the conception occurs which is known as the germinal stage. This is the second stage and continuing to that comes the third one which is entered through the eighth week which is called the embryonic period. The beginning from the ninth week until birth is called the fetal period and for better understanding have a look at the stages in detail.

This stage starts at the conception where the egg cell and sperm merge in one of the two Fallopian tubes. The egg that gets fertilized is called zygote which then moves towards the uterus. This journey may take around a week for completion. There is then a division of the cell that starts approximately 24 to 36 hours soon after the conception.

Soon after the hours of conception, there is a single-celled zygote that starts making the journey to the uterus through the fallopian tube and then the division and growth of the cell would start. During the mitosis process, the zygote usually divides into two cells than in the four, eight and sixteen and like that. There is a specific zygote that usually doesn’t progress past the early part of the division of the cell with as many as half of the zygote that doesn’t survive more than two weeks. 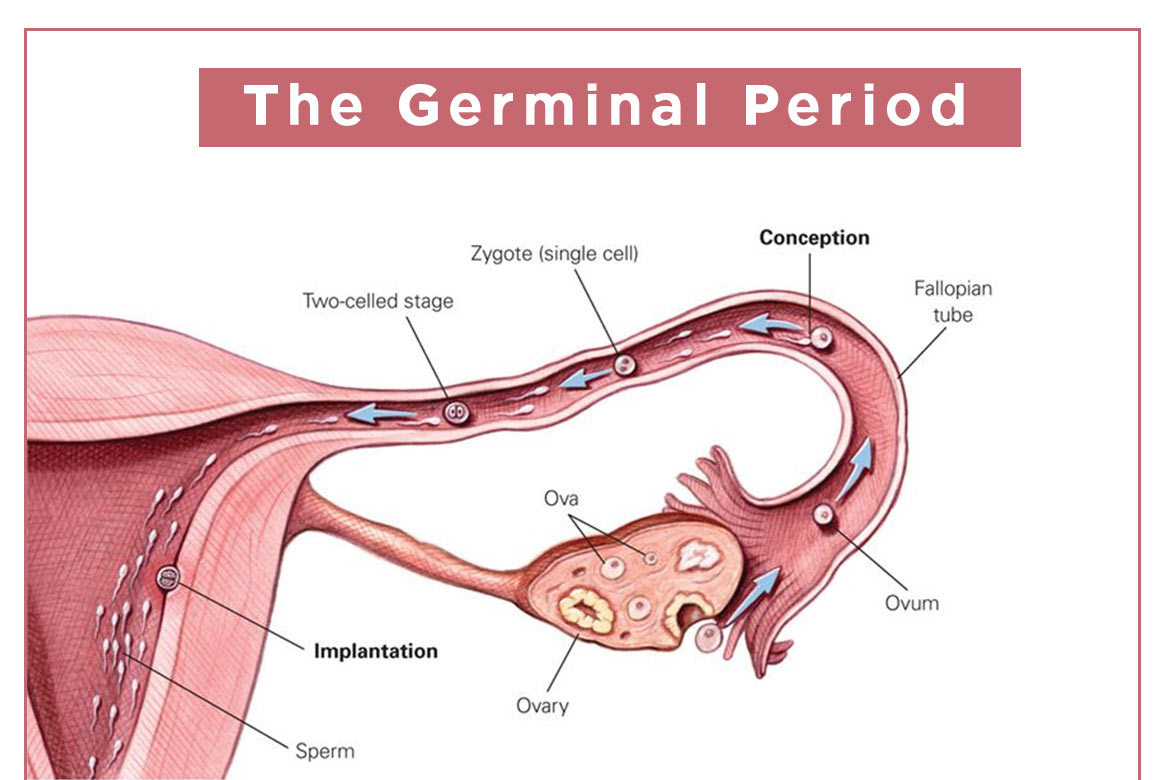 When the eight-cell point reaches, the cell then starts differentiation and takes to a specific level of characters which ensure the cell type that eventually becomes. The cell then starts multiplying and will then get divided into different masses. The term cell will then become the placenta while the inner one gets in the embryo form. The division of the cell then starts taking place at a faster rate then comes the development part which is then called a blastocyst which is made of three layers. The ectoderm (the nervous system), endoderm (the digestive and respiratory systems) and the mesoderm (the muscle and skeletal systems).

Also Read:-Why Don’t All Women Opt To Have A Caesarean Birth?

When it reaches the uterus and gets attached to the uterine wall, this process is called as the implantation. It usually takes place when the cell starts growing in the uterine lining and the blood vessels start getting ruptured.

This is the stage where the cells mass also called embryo growths tarts occurring. During the early start of the three weeks soon after conception, the period of the embryo begins. It is the time when the cell mass becomes quite a distinct one as the human. This stage is said to be a crucial one during brain development. The embryo starts getting divided into three layers and each of which becomes crucial for the system of the body. Soon after the four weeks after conception, there is a formation of the neural tube. The tube then gets develop in the central nervous system which also introduces the brain and spinal cord. There will some of the early signs of the neural tube also that would be noticed which creates along every side of the neural place. In the fourth week, the head starts getting formed soon followed with nose, eyes, ears and even mouth. There is also a cardiovascular system activity that starts as the blood vessel which then becomes the heart start. By the eight weeks, you will notice the embryo has all the basic organs and parts expect the sex organ been created. And by the end of this period, the basic brain and central nervous system structures establish. 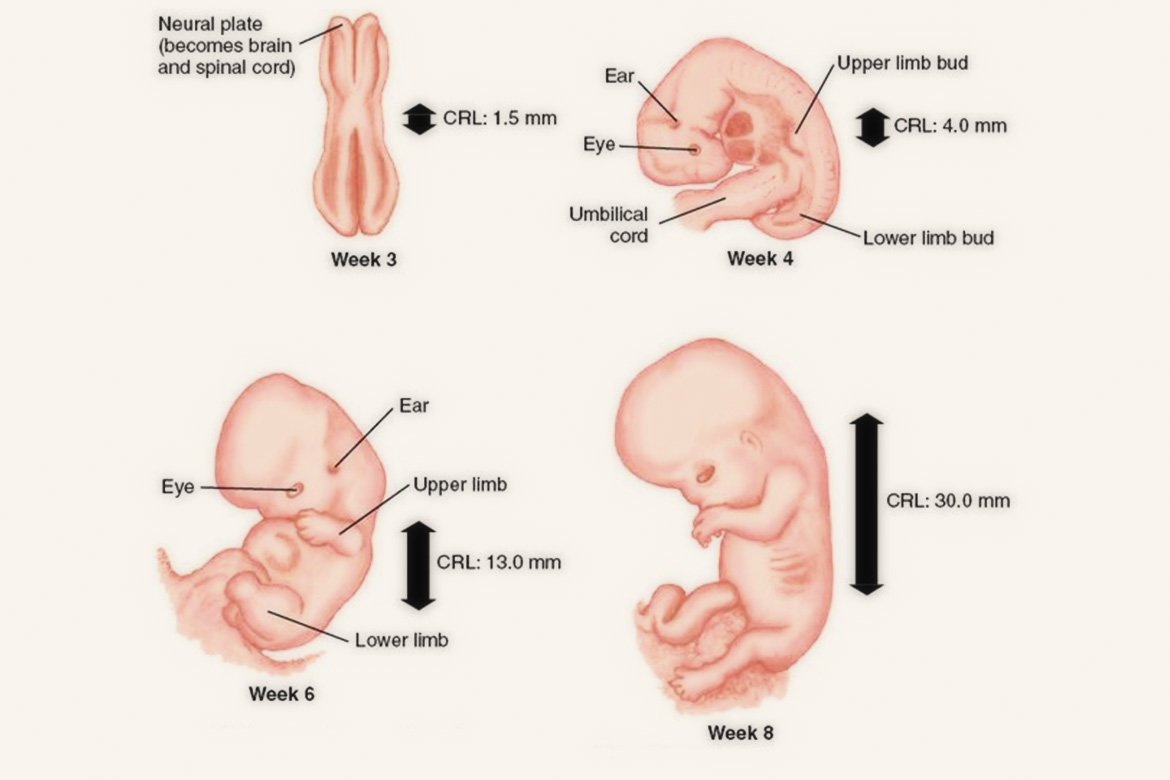 This is the last stage which is the most crucial one. During this stage, the period of the development starts from the ninth week until the birth stage lasts. The system of the early body along with the structure in this stage keeps developing. Between the periods of 12th week, there are soon the reflexes that start emerging and the fetus starts making some of the motion with arms and legs. It is the longest stage and said to be the most amazing change and growth. The thyroids month of sex organ, gestation starts differentiating by the month-end and all the body parts are formed. 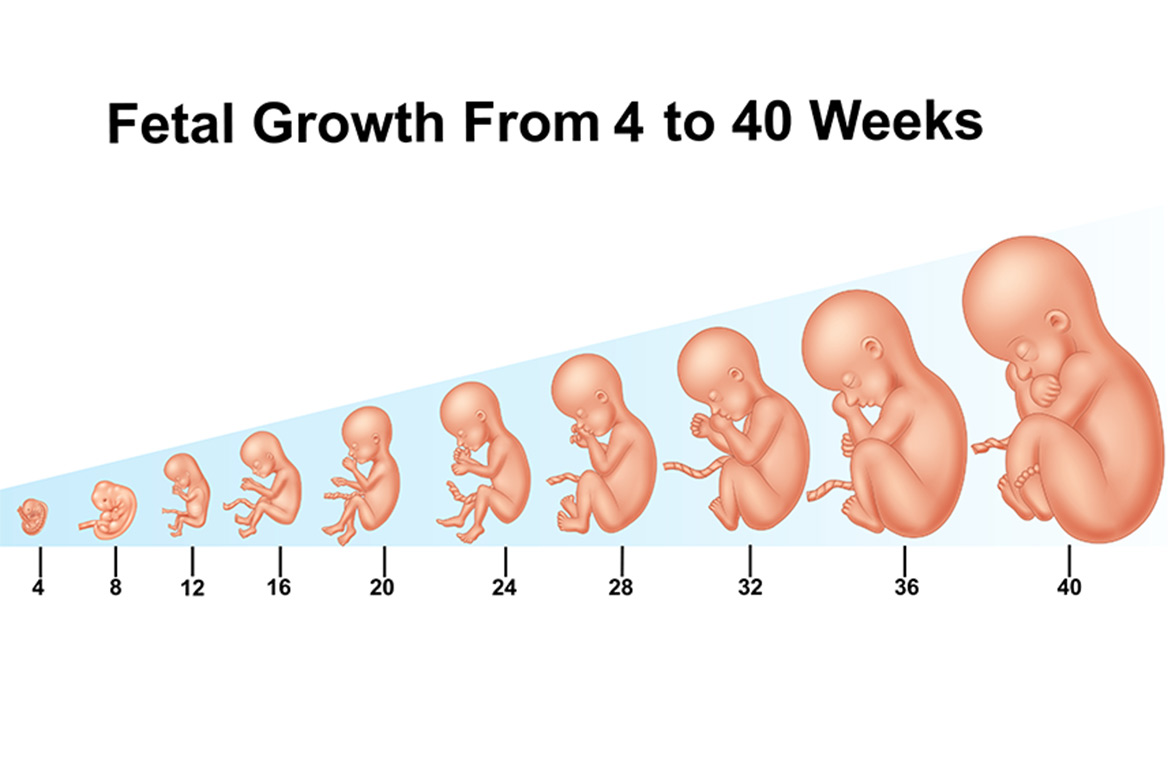 By now you might be pretty much clear with the stages. But needless to say, it is only a mother who understands quite well on the way she goes through each of the stages with those hormonal changes taking place.

How to get fit after kids

Everything You Need To Know About C-Section!

An Ideal Diet Plan for The Third Trimester of Pregnancy

How Long Stitches And Bruising Takes To Heal After Childbirth?