Is It Possible To Be Pregnant And Still Have A Period?

The very obvious answer to this question is certainly a big NO! Women, however, may get some vaginal bleeding at the time of pregnancy but when they start bleeding, they may not be a period but some other signs of the pregnancy are it in a good way or in a bad way. If you are bleeding in your pregnancy that too without any pain then you should not be worried much but that does not mean giving a doctor should be avoided. Your first call if seeing any for such thing is to go to a doctor and get proper advice on what things shall be done. 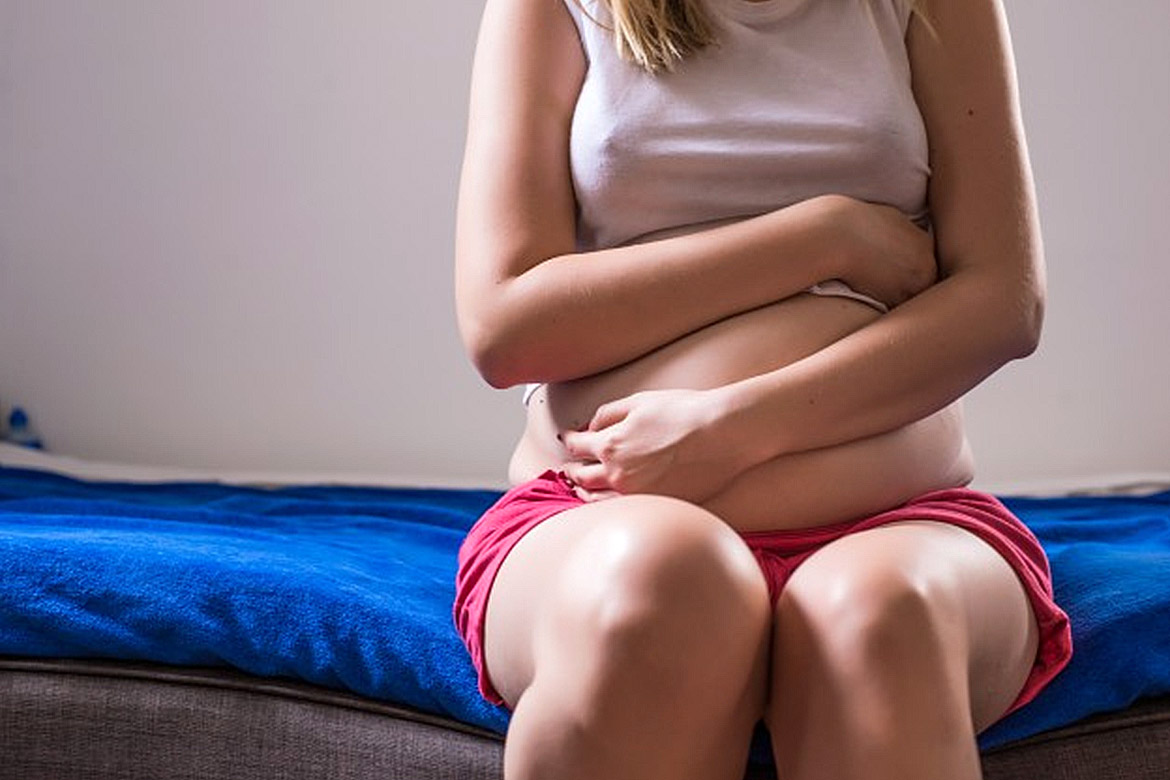 The woman who has vaginal bleeding at the time of pregnancy can be because of so many reasons that you might not even be aware of. The research and the explanations that experts have stated clearly show that bleeding during pregnancy is quite nominal but we cannot call it as periods. The period has a regular flow of 5 days but the bleeding in pregnancy is more like spots or clots. You need to understand that one cannot get periods in that phase. There are some of the important things given below that can help your understanding in a much better way.

This article is going to cover the following objects:

Bleeding in your pregnancy may not always be the common thing but sometimes these signs can be quite crucial while some times these signs can b lightly to be taken. Mostly during pregnancy bleeding occurs because there are stress and some diet changes that your body is undergoing. Your OB-GYN will surely guide you right on this. If you have spotted any kind of bleeding then you must notify the color as well. Sometimes the bleeding color can be pink or dark brown. If there is enough of the bleeding that even the tampon gets filled up then you must probably not think it is a sign of you being pregnant. If you had a sign that stated you are pregnant positively and still bleeding heavily then you must look for the medical approach ahead. 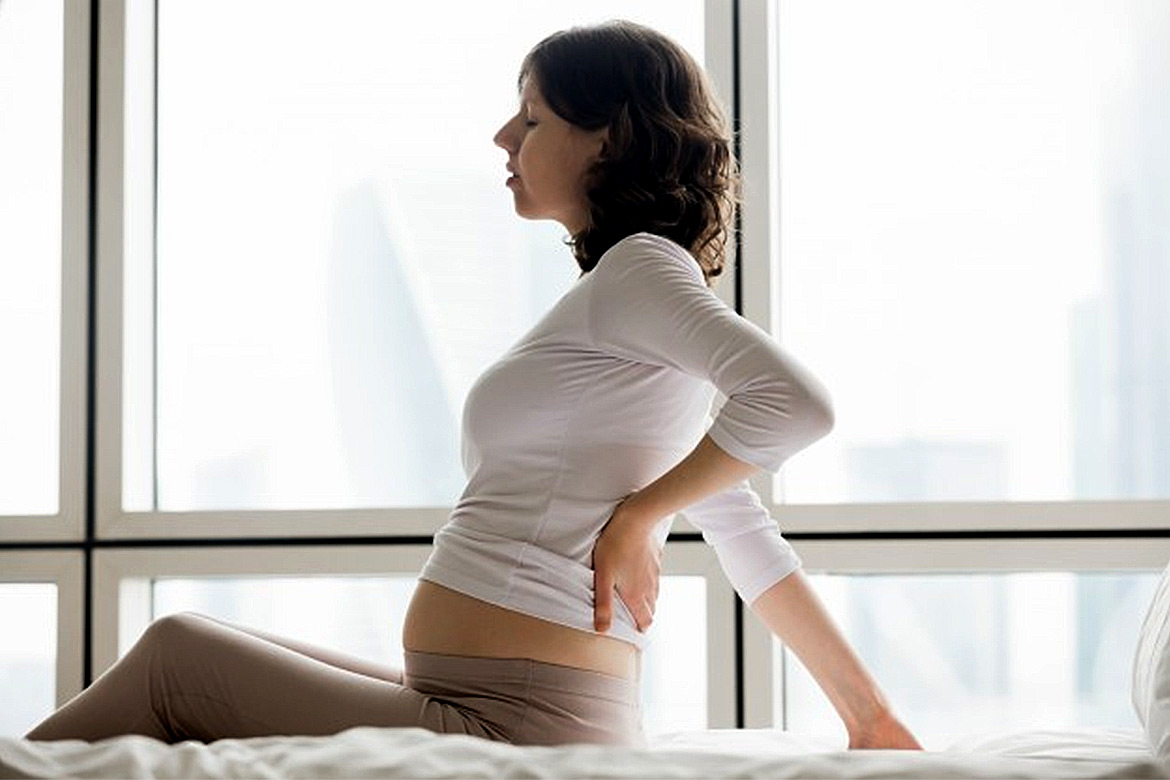 Basically period occurs for 5 days once every month. It is nothing but when the egg goes unfertilized. When there is a release of the egg once a month from the ovary without any kind of fertilization then this process is called periods. To bleed during the normal period cycle is not something to be worried about but usually, it bleeds around 5 days an in some women it can go to an extent o 7 days but of the bleeding continues to persists even after 15 days then there is something you need to be worried about and that is why must visit the doctor as well. 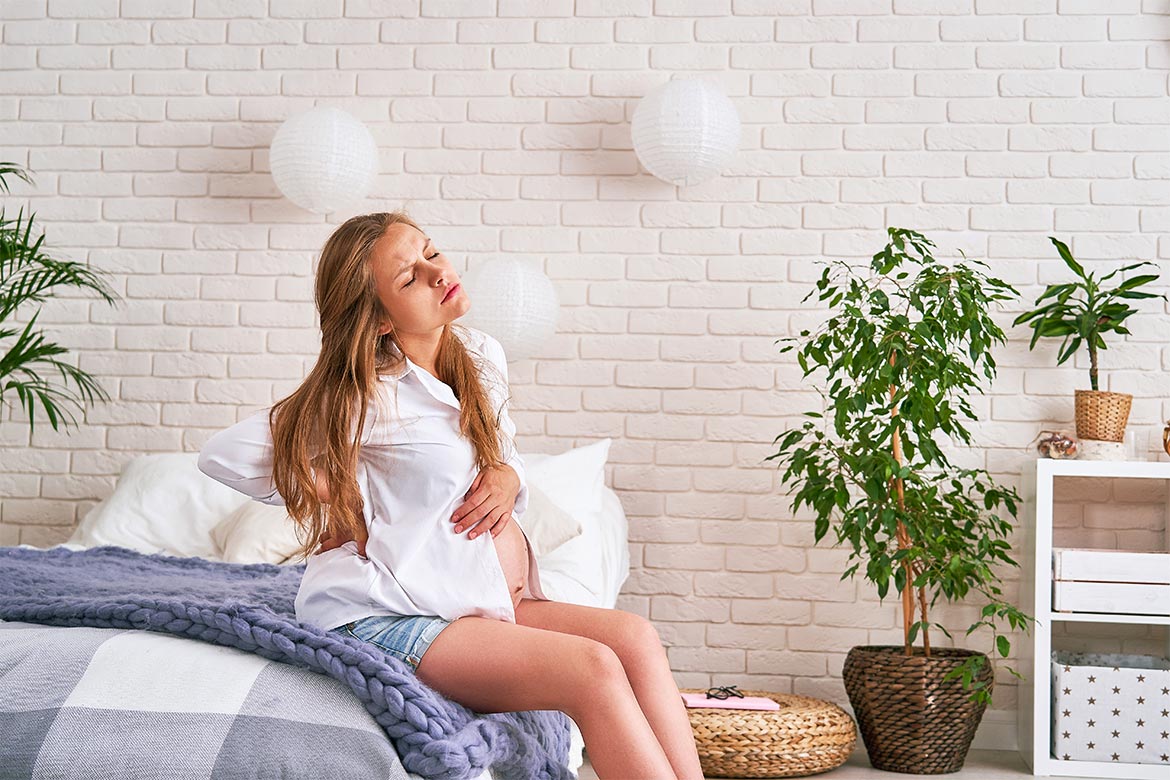 Now you might be curious to know what exactly the difference between menstruation and being pregnant is. Well, if you get pregnant the logic is simple: you will not get any more periods. Some people claim to be in period seven when they are pregnant and the fact is this cannot just happen. Bleeding could be a warning sign but that does not necessarily mean that it is negative.

Why You Can’t Have A Period During Pregnancy

The reasons are pretty obvious. Only the eggs that go unfertilized are in the form of periods. The reason is the blood loss which occurs at the time of your egg not being fertilized with the sperm the egg when goes unfertilized the hormones the create a pressure to release the egg in the tube of fallopian because of which there is a lining that gets thicken in the womb and which results in the drop-down level at every month. 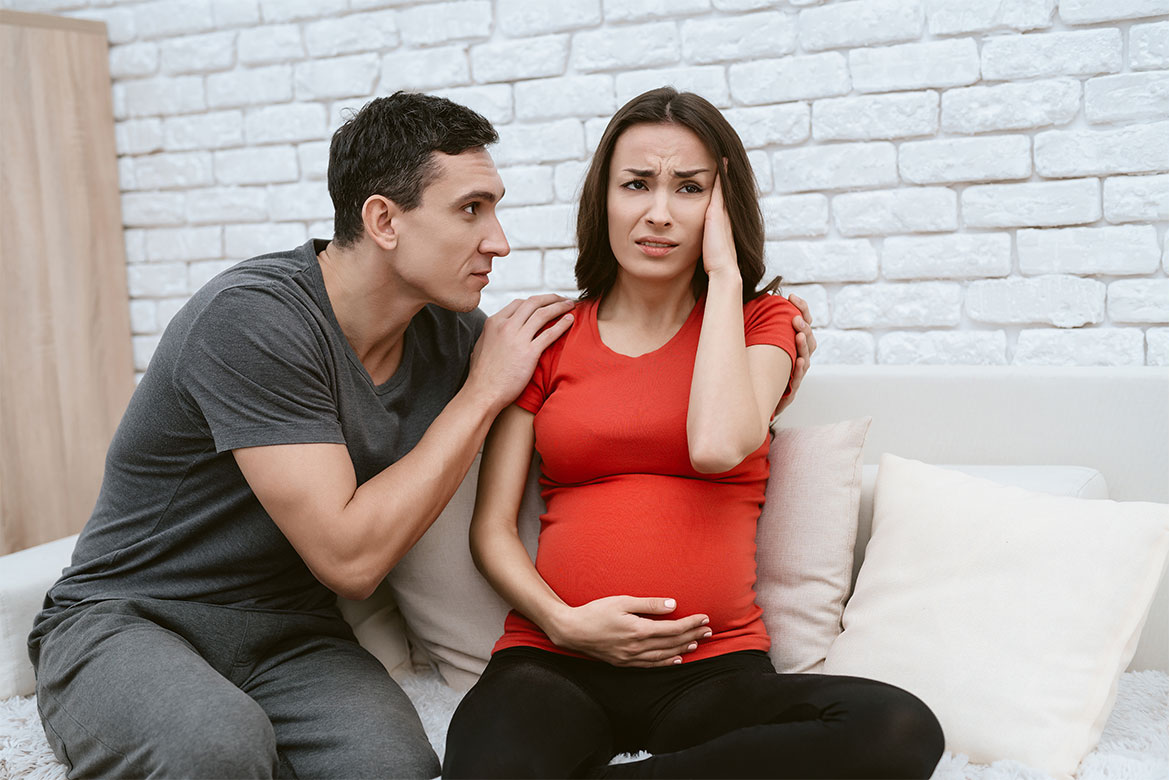 If you are pregnant and the egg has already been fertilized then it is growing in the form of embryo while creating a wall for your uterus As the lining of the womb may not be discarded every month then you may not have a period and that is why there could be early signs of pregnancy which have been missed out.

Some so many women also faces the problem of implantation bleeding, it occurs when there is a price of implantation which means when the fertilized egg reaches the embryo occurs and tries to settle it down to the uterus. This usually is not exactly in red color but has more of a light pinkish or say a brownish spotting that you need to be careful about. 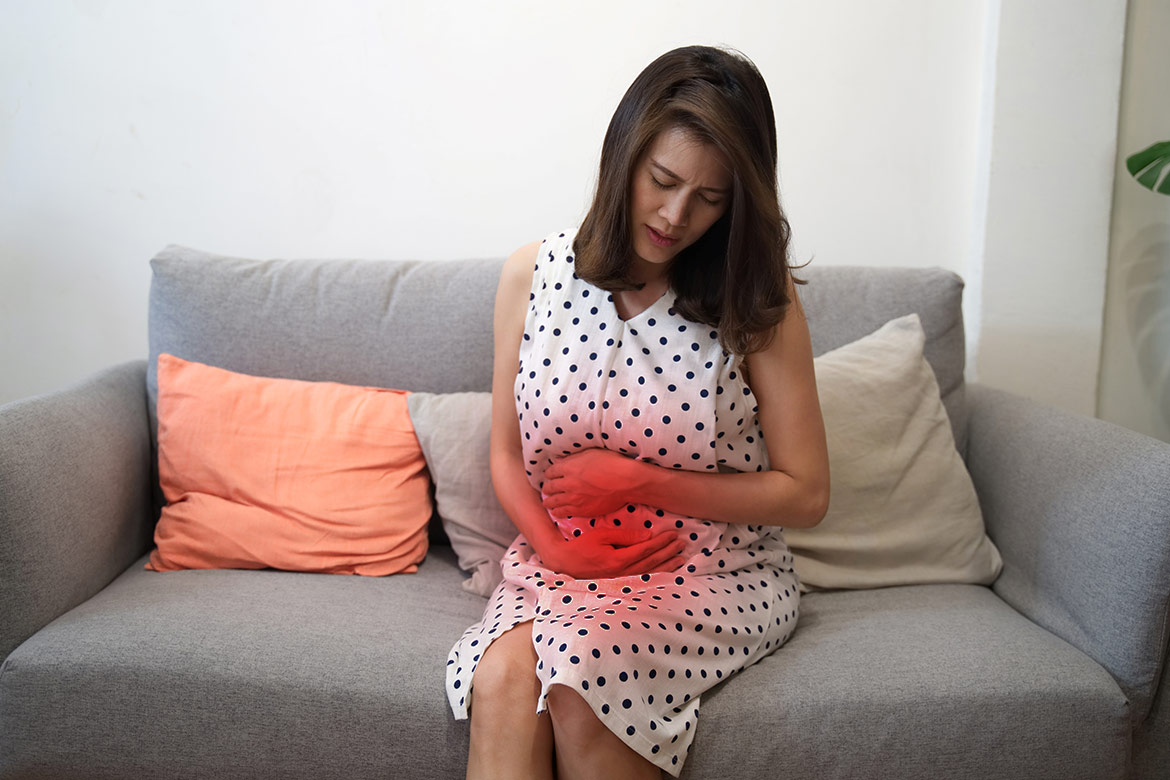 There are also possibilities of you to even bleed during the second or third trimester of pregnancy. It could be because of any results or say complications. Some can be avoided with personal care while for some you have to take extra care and listen to every word that your doctor tells you. To bleed during pregnancy can occur at different spots be it placenta previa, or vasa previa to name a few. There could be placental abruption takes place when the placenta is trying to pull itself away from the wall of the uterus at the premature time. This abruption Val also is felt with some pain and immense bleeding which t times can panic you. 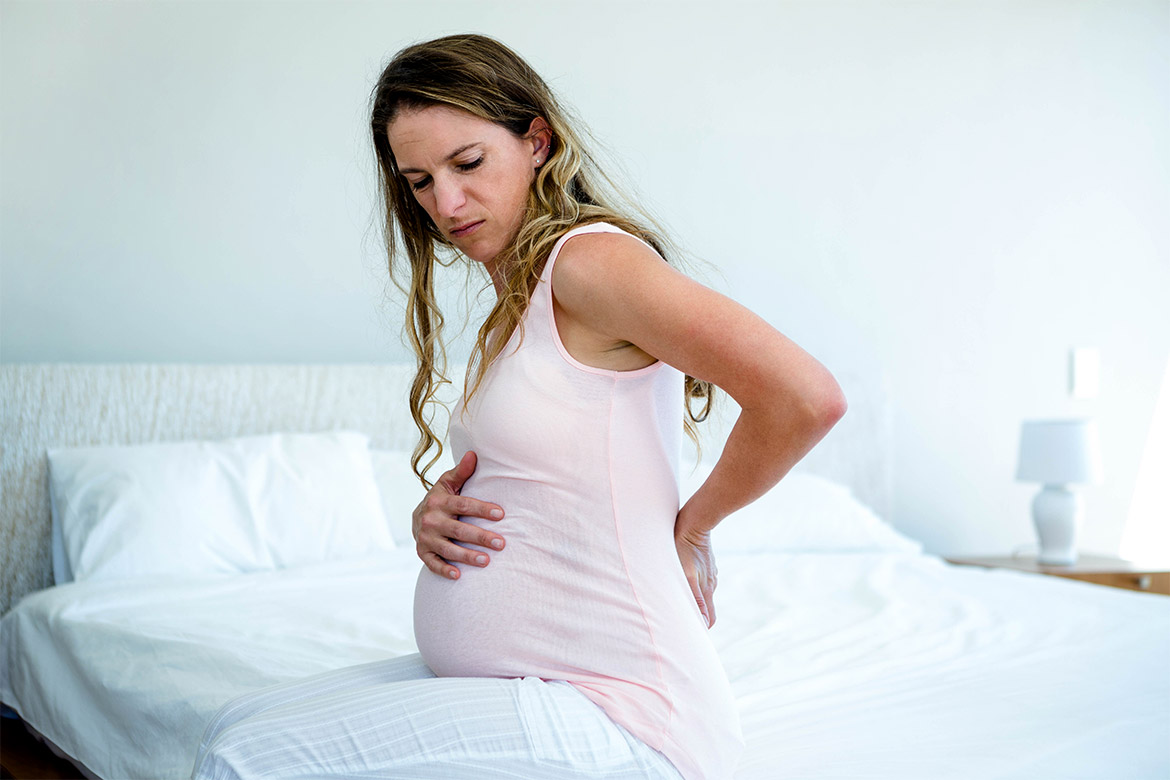 If there is some kind of bleeding that has been noticed in the later stages of pregnancy then it can be due to return labor. There are times when women would pass her mucus from the cervix right before the labor pain stats. The mucus if in the form of discharge occurs then it could look more similar to that of the blood. There is also a high possibility of postcoital bleeding post sexual intercourse.

Surely there are times when it could be quite challenging to understand whether the bleeding is indicated of some medical emergency or not but it is always better to visit the doctor right away if you see any kind of spot similar to bleeding at the time of your pregnancy. 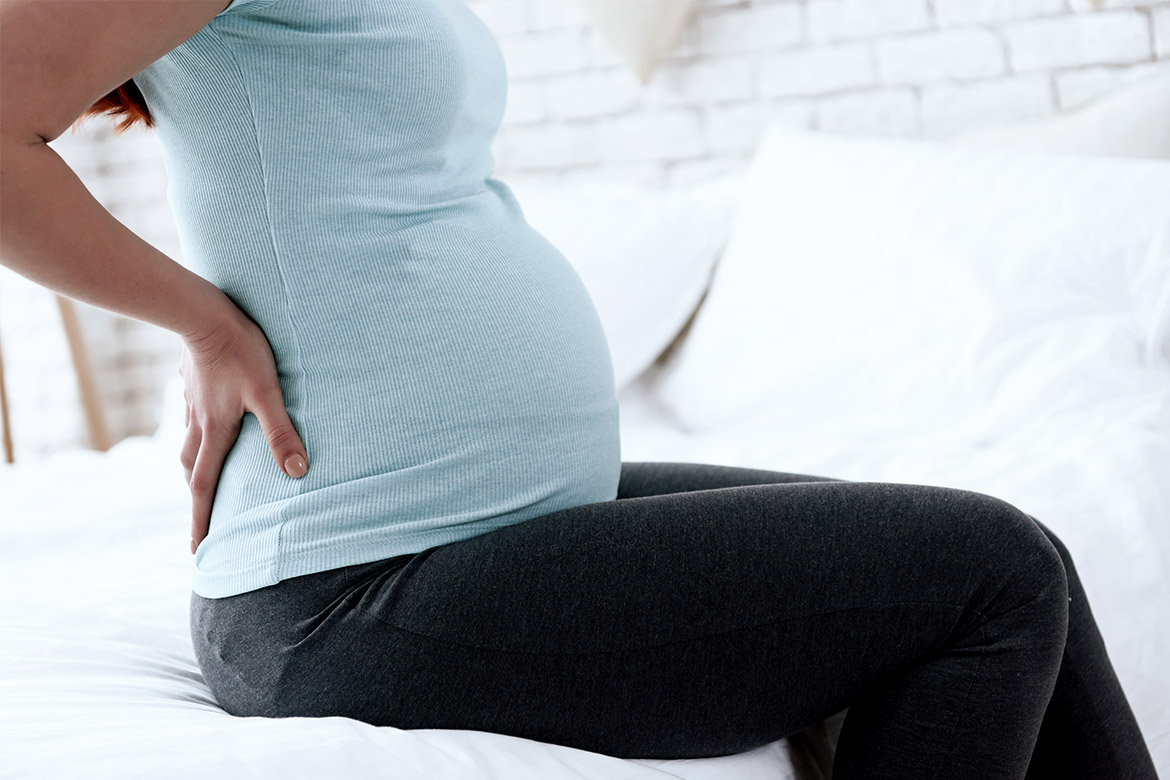 Now that you are pretty much clear with all the facts and concerns associated with periods, and if you are pregnant any of such bleeding has been spotted then don’t take it lightly Immediately visit your doctor because he is the right person who with the right medications can advise you what all things should be avoided and which all medicines need sot to be followed. It is always important to skip all the junk food and even take a lot of rest because it is not just you but also the baby for whom you have to take extra care.

You should stay away from these 5 cosmetics...