Meditation In Buddhism : Buddhism Is About Philosophy Not Religion

We all have looked at least once the picture of Buddha sitting under the tree in meditation position with closed eyes, deeply relaxed and focused on a singular point. What Buddhism teaches to world is a major topic but the positive and spiritual knowledge they provide to the world is priceless.

Also Read:-A Meditation Upon A Broomstick

What Buddhism Is About:-

Buddhism is world’s 4th largest religion in terms of its followers. Buddhism consists of variety of belief and spiritual practices. Buddhism originated in India around 6 and 4 BE. Key note about Buddhism is they follow or teaches the goal of overcoming the cycle of death and rebirth, either by attainment of nirvana or with path of Buddha hood. Buddhism is generally recognized by scholars consist of  two branches Theravada and Mahayana. 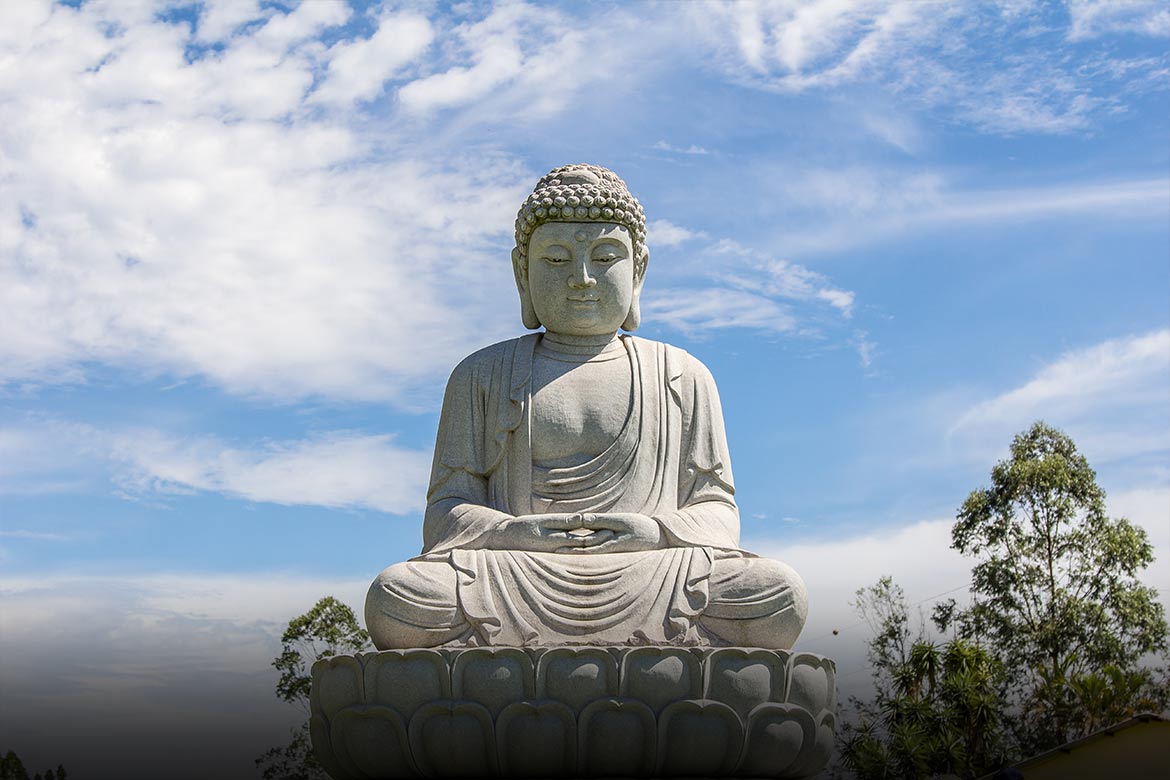 Who Is Gautama Buddha:-

Buddhism is an Indian religion which originated through Gautama Buddha. Early evidence stated that Gautama Buddha was born in king family and due to some reason of seeking the life of death and rebirth, he decided to find the reason behind it and the purpose of life.

What Changed The Gautama Life:-

It is said that Early in his life Gautama lived was the life that would have been dreamed by many but what Gautama lived was life of too much comfort and never looked beyond walls of fort or palace he used to live in. The little boy’s father always wanted a strong leader so they prevented him from the outer world and from seeing the unsatisfactory nature of the world. He was gifted every pleasure he wanted. 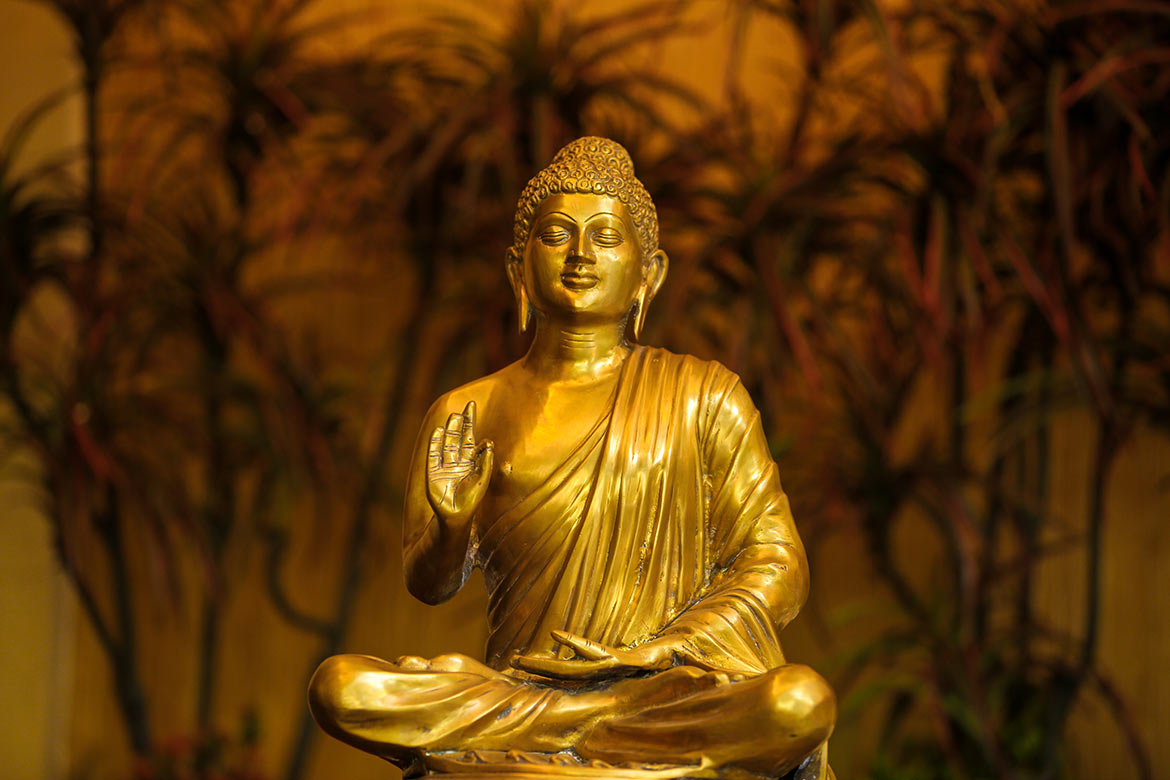 But what was missing, when this little boy turned 29 once on a rare outing from his luxury palace. He saw something he has never seen, an old man sick every one of his family around poor old man to take care of them on the very next day the Gautama come to know the old man died and he leaves his palace to see what is death. Yes death, Gautama was not aware of this situation because he never saw it. And then Gautama realized that sickness, old age and death will come to everyone. This incident changed the way for Gautama completely.

Gautama decided after a major incident that he has to leave all his luxurious life and responsibilities for full enlightenment. So he left his palace and silently moved to forest, and for the next few years he met some great spiritual leaders and mediators with whom he learned a lot about spirituality.

After few years Gautama reached a place Bodhgaya to understand his true nature and full potential. He sat under a tree for complete six days and night through all obstacles till he reached complete enlightenment on the full moon morning of the sixth day. 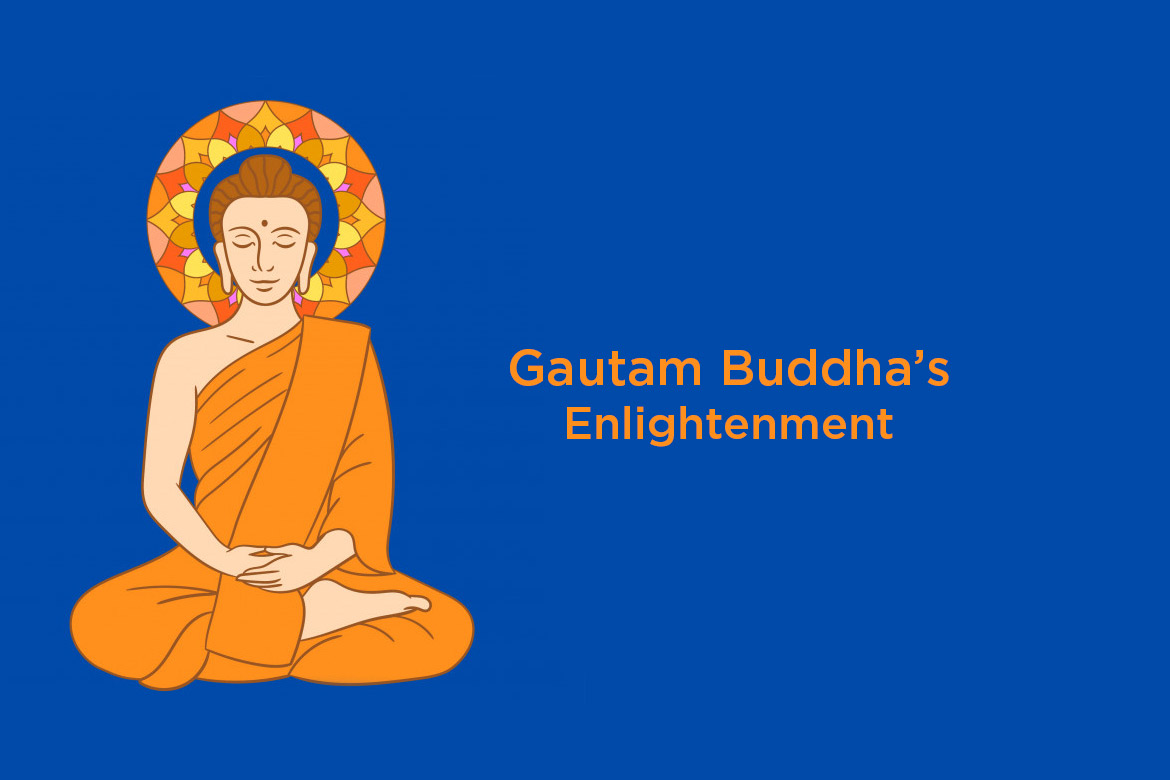 After his enlightenment all the mixed feelings that he was carrying for years get vanished and a brightening light from his heart came out that he could see and realize completeness and Fulfillment in his life.

After this Gautama become Gautama Buddha and then he started travelling across northern parts of India where he would teach and spread Buddhism by Enlightening the people.

Zen, vipassana,pure land and there are many other techniques followed all over the western world for meditation but below are some key and valuable techniques.

One of the most common practice in Buddhism where it is practiced to develop focus, calmness and clarity. When followed with complete guidance these qualities can lead to unbelievable results building a deep inner peace. And when practiced with awareness that is vipassana it can lead to profound insights and spiritual awakening. 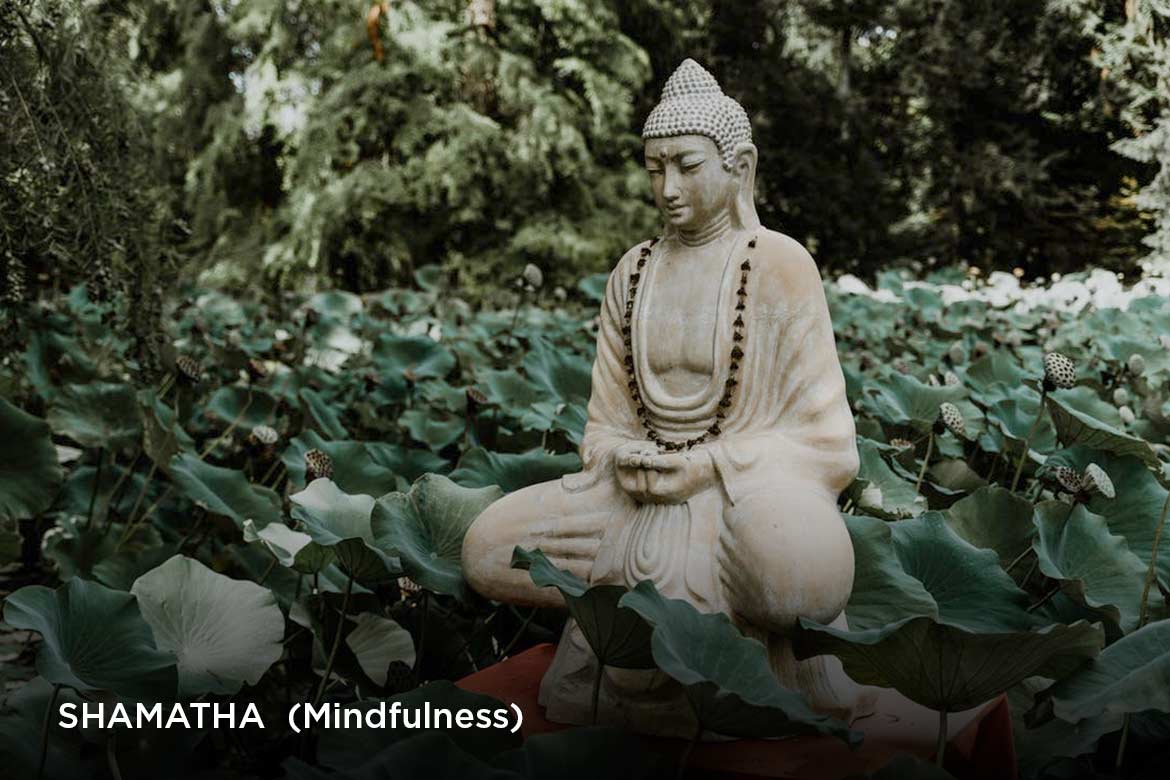 How You Can Began This Practice At Home:-

One of the most popular in western world this form teaches the person to develop love and kindness towards others through affirmation. Just like we were taught to pray daily to thank god so that we develop the feeling of gratitude in the same way affirmations are used to develop particular feeling and in this form of meditation the person develop the feeling loving and kindness. 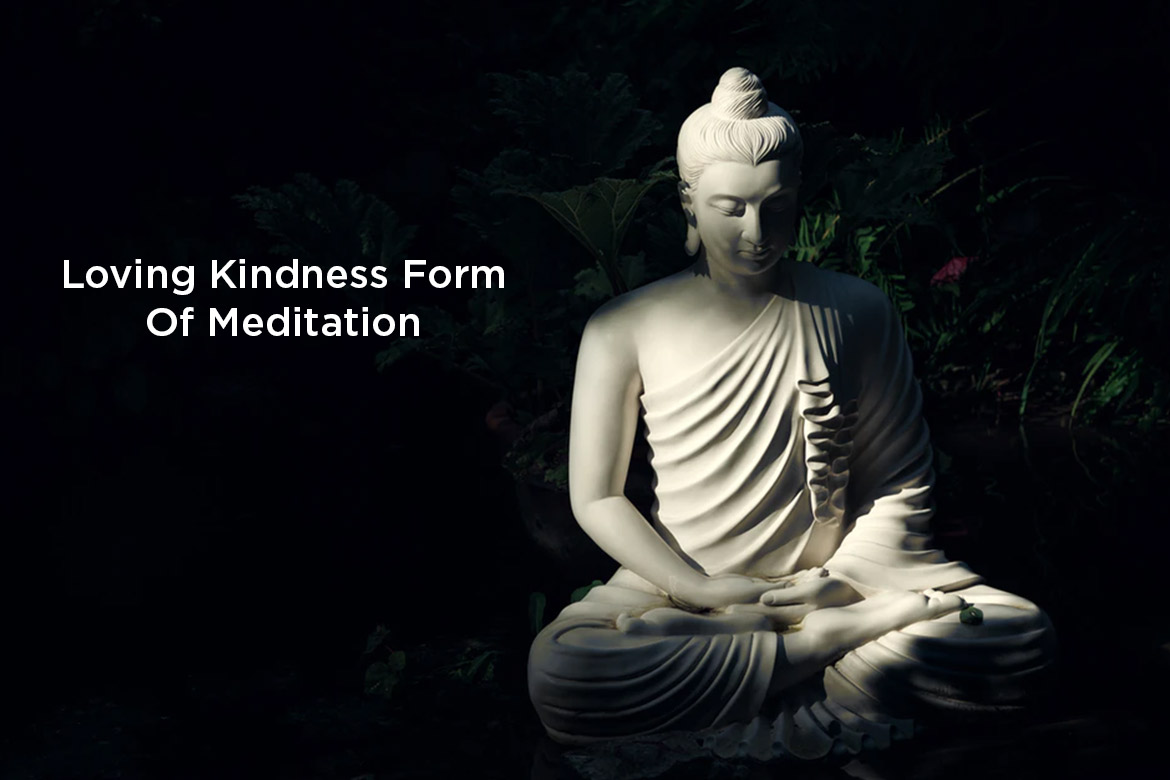 How To Practice It:-

the person sits in the same way he did it in shamatha but this time while focusing on forehead he continuously gives the message to his subconscious mind to the area he wants to improve or develop .

For example, the person wants to send love and kindness to everyone he will continually give affirmation “I love each and every one around me” With this person is trying to engage his subconscious mind and change the old pattern so he can develop the new feeling of gratitude.

Why Meditation Is Tough For Some People:-

Meditation becomes tough for people because they either pre judges it or they have been bored or they could no longer continue it for longer periods. 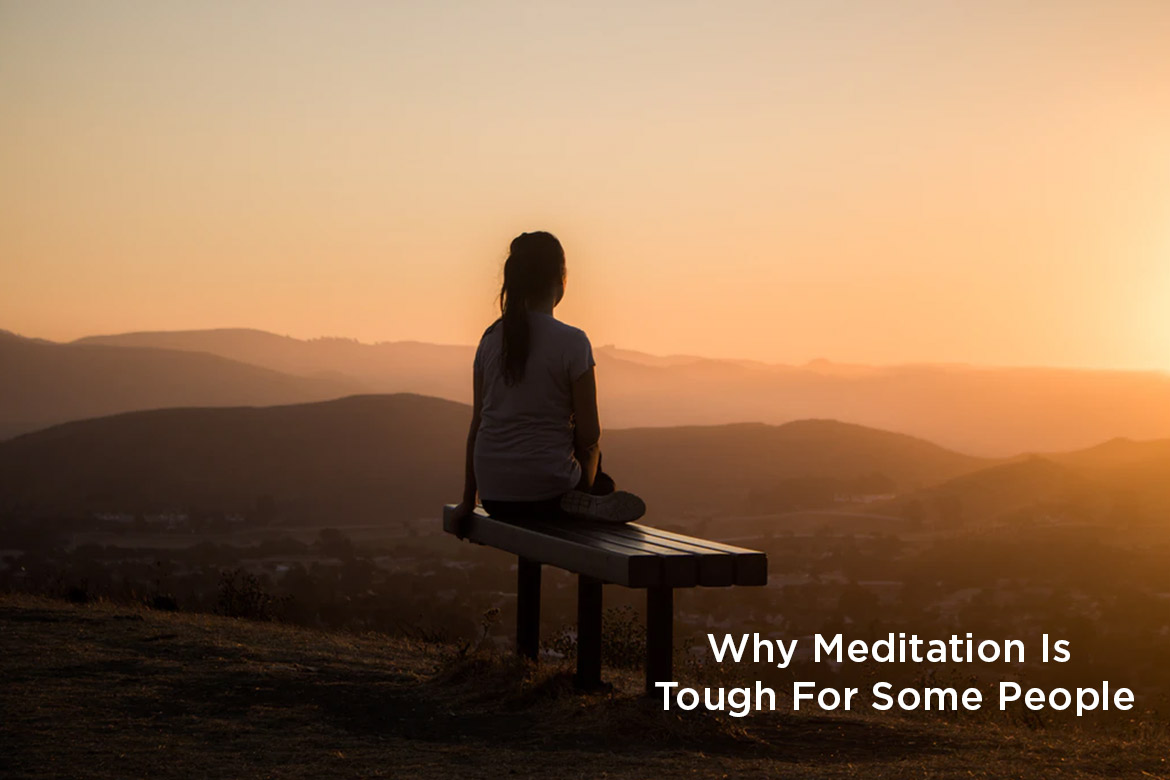 How To Establish Regular Meditating Habit:-

Sex A Part Of Life : Physical And Mental Health Benefits

10 TIPS TO IMPROVE CONCENTRATION DURING MEDITATION : MOST PRACTICAL TIPS

10 best meditation quotes that will inspire you

MEDITATION BEFORE BED : how to do it and benefits.

The best meditation apps of 2020

Best meditation books of all time

Tasty And Natural Treatment Of Anemia With Beetroot Kurma

Scientific Prescription Of Being Outdoors For Better Health

Reduce Acne With The Help Of Carrot Creamy Soup!

How To Meditate Perfectly